It’s the weekend after Christmas and our household, probably like many others, is in the process of organizing:  cleaning up, rearranging, packing and stowing Christmas decorations, and making space for new gifts.  I grew up in a fastidiously clean house where everything had a place and nothing was ever out of place.  Dust, dirt, grime, and lint were attacked continually, much to the chagrin of me and my siblings, who were routinely called on to fight this never-ending battle.  As a consequence, I am accustomed to pristine surroundings.  The irony of this is that I truly abhor house-cleaning.  I mean, seriously!  My husband is aware of this little quirk of my personality … that is, the desire to have things “just right” coupled with the intense dislike of making them “just right” … and he humors me with a patience and long-suffering that I wish that I, too, possessed.  My husband’s slow, easy-going, no-stress temperament is a complete contrast to my whirlwind, must-accomplish-everything-at-once, short bursts of energy which are often followed by frustrated exhaustion, and he often bears the brunt of that frustration.  So naturally, as he was pulling out boxes, sorting through things, and laying stuff out in the floor as he sorted, I grew completely distressed at the mess!

The weekend before Christmas, we had an ice storm, as did many areas of the country.  While we only got a small edge of a massive storm that left many thousands of people without electricity for the holidays (and some are without electricity and heat still), I was still in shock and in awe of the power of nature, and of the disarray that was so quickly thrown over mankind’s long hours of effort and toil.  Trees that had stood for decades snapped under the ice; power lines sagged under the weight; cars skidded off the roads, their tires and engineering and the abilities of their human operators no match for the weather conditions.  And yet in the midst of all this disarray, after the storm had cleared and the sun finally came out, the beauty of sunlight sparkling on ice was so breathtaking, such a staggering, amazing display, that I couldn’t help but be completely awed by it.  And judging by the many others that I saw out taking photographs; I was not alone.

My Moment of Clarity

, in the midst of all this chaos, was this:  things always look much worse before they get better.  Just as when you clean house you have to pull everything out and reorganize, and separate the trash from the stuff that’s to be kept; the room gets very messy and looks much worse before it gets better.  Just as with a natural disaster, where trees and power lines fall, where buildings may collapse and crumble, where flood waters may cake surfaces with mud and debris; things get very messy before they get better.

And the same is true of this fallen planet earth that we live on.  With the choice of our first ancestors, Adam and Eve, disobedience and sin entered the world, and the Bible says that the whole of creation groans under the agony of it (Romans 8:22).  But just like the messy room, which will eventually be cleaned and put right, so will this earth and all of creation.  All of creation is waiting for restoration, and God has already promised, assured, and delivered it (Revelation 21:1-5) through the work of Jesus on the cross (John 3:16).

3 thoughts on “Why are Things Such a Mess?” 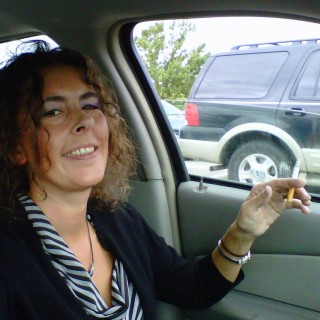 Hi, my name's Savannah and I'm a wife and mother of three. I've spent the majority of my adult life as a professional musician, though for the past four years I've held a secretarial job. In my spare time I love to write, paint, knit & crochet, and watch documentaries.